The need for accurate and comprehensive utility locating services and data has never been greater. Aging infrastructure, increased construction activity, and the expansion of existing facilities ensure that the need for utility locating expertise will continue to grow as more utilities are buried underground and require maintenance.

Omnidirectional receivers are a distinct type of receiver capable of quickly gathering comprehensive and high quality information about a signal. Built on years of research in electromagnetism, subsurface utility engineering, and real-world problems that utility locators confront daily, omnidirectional receivers provide locating professionals with what they need to know, when they need to know it.

Omnidirectional receivers use a pair of antenna arrays to analyze an electromagnetic signal, providing a more thorough look at what’s happening underground and real-time feedback on signal characteristics. 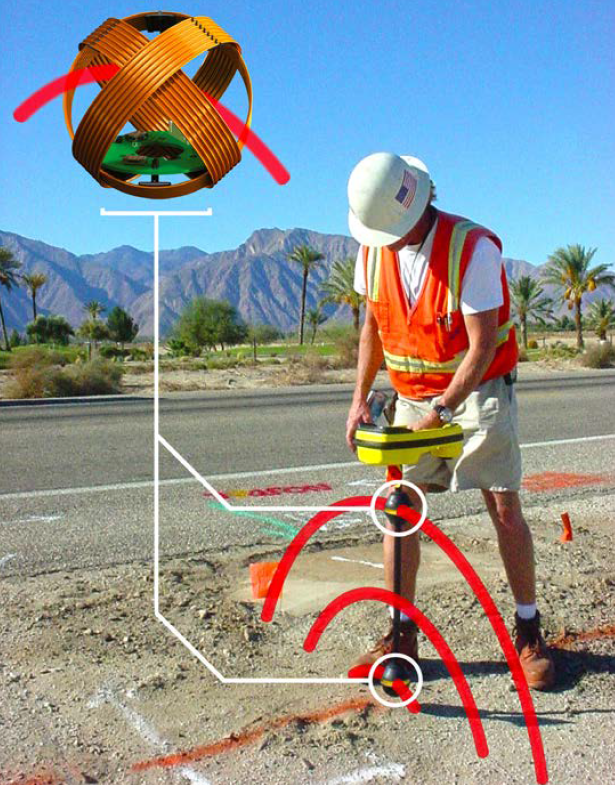 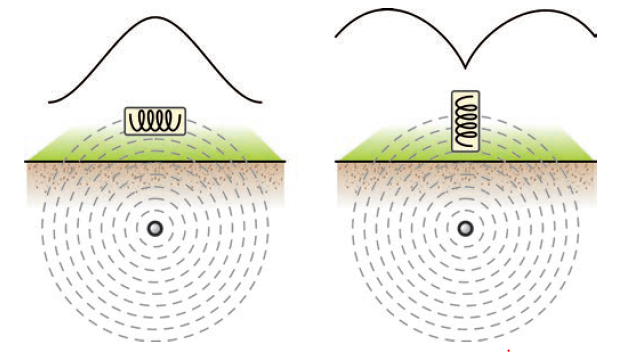 Utility locating receivers have improved greatly over the years, but the majority of receivers share one thing in common: their antennas. In general, receivers use what are known as directional antennas, named for how they detect electromagnetic signal.

Orient a receiver with directional antennas one way relative to the signal and your receiver will pick up a strong signal reading. Orient it another way and it might not pick up any signal at all.

With a series of tests, a combination of horizontal antennas and vertical antennas can help an operator determine whether the signal is cylindrical. Cylindrical signals make successful locating easier, so knowing the signal’s shape is invaluable in any locate.

Omnidirectional receivers are different from most receivers in their underlying design and construction. They detect signal from any direction and analyze its full shape, which
lets you know immediately whether the field is distorted and provides you with measured signal strength, depth, and orientation. And because it doesn’t matter which way an omnidirectional receiver is oriented relative to the signal, you can orient one in any direction at the same point in space and be confident that you are getting more accurate
readings.

Hula-Hoop in Water and Full-Field Locating

However, if you turn the hula-hoop 90° such that current is flowing directly into the hoop’s plastic edge (parallel to the current), the hoop won’t detect any water flow—despite the fact that it’s there. Likewise, if you hold the hula-hoop at an angle that’s diagonal to the current flow, the strength of the water flow readings will only be a fraction of what is actually present.

The single hula-hoop is comparable to a directional antenna. If it’s oriented perpendicular to the water flow, it will detect all of the flow within that particular area. If not, it will intercept a smaller volume of water flow and therefore read a smaller amount. 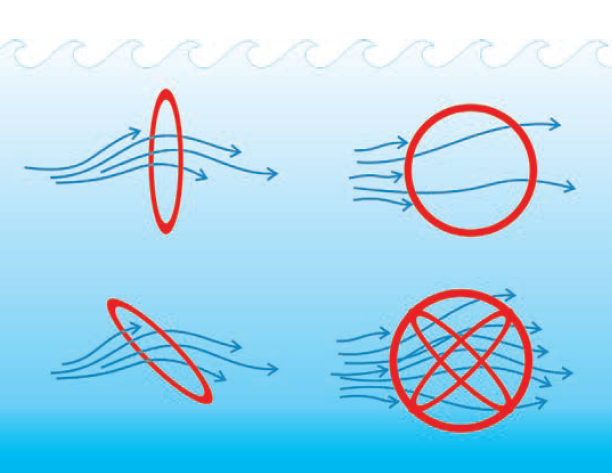 This is the design concept that omnidirectional locators are built on. The coils in the antenna arrays work together to read magnetic signal from any direction, providing immediate and actionable feedback on the things you need to know about a signal.

Detecting a Signal with Omnidirectional Receivers

Omnidirectional receivers use a pair of stacked antenna arrays to detect and analyze a signal. Each array consists of at least three identical antenna coils that are positioned around a shared center. The arrays enable the receiver to measure the direction that the signal is moving, its strength, and depth at the same time and from a single point in space, meaning you see what you need to know with every step you take. For greater accuracy, the receiver compares readings between the top and bottom antenna arrays. Most importantly, the instrument is able to measure the signal’s shape: again, an invaluable piece of information for the locating professional. 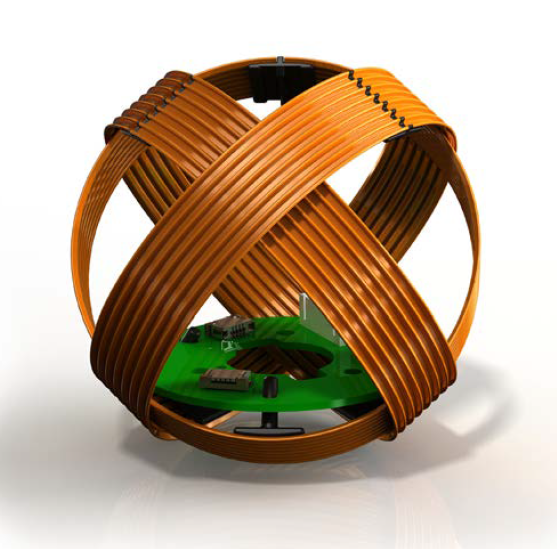 A cut-away of an omnidirectional antenna array showing the coil arrangement.

In the locating world, cylindrical signals provide more accurate receiver readings. Because of this, it is critical to know as soon as possible if you’re working with a distorted (non-cylindrical) signal. When signal bleeds over to a nearby non-target utility, the signal radiated by the non-target utility can interfere with the target utility’s signal, causing the signal shape to be distorted. This not-uncommon scenario can make locating more difficult.

Receivers using directional antennas work best when operators can take the time to perform various tests to verify signal shape. Omnidirectional receivers do not require any tests to alert you that the signal is distorted, saving you time during a locate. With a pair of omnidirectional antennas, the receiver can estimate the degree of distortion from anywhere near the target utility, cutting down on time spent verifying that your signal is cylindrical.

If the antenna measurements indicate a cylindrical field, the receiver’s display shows a clean line over the estimated position of the signal. This line moves and reorients as the receiver is moved in response to the changing signal features, making tracing a utility through sections like elbows and tees much easier. If it is not cylindrical, the display shows a fuzzy line. The cleaner the line, the more confident you can be that you have a cylindrical field.

Omnidirectional receivers can indicate degrees of signal distortion. The fuzzier the tracing line is on the display, the more distorted the signal.

Whether signal distortion arises from site conditions or signal interference, omnidirectional receivers provide immediate feedback to alert you of a distorted signal shape. The real-time feedback is dynamic, meaning when the receiver is moved, you see a visual representation of the signal’s position, direction, and degree of distortion. If you’ve determined that the signal is distorted, you can manipulate the signal to try to make it cylindrical in a number of ways, such as moving the transmitter or switching frequencies.

Because they perform true full-field locating, signal measurements provided by stacked omnidirectional antenna arrays gather more information about signal orientation, or which direction the signal is moving through space. This provides a better predictor of utility direction regardless of how the receiver is oriented.

With an omni-directional receiver, you don’t need to walk on top of the utility in order to locate effectively. The display shows you the estimated signal position and orientation at all times. This is especially advantageous for blind sweeps, where you can walk around the area, find a signal within range of the receiver using the line display, and trace it. 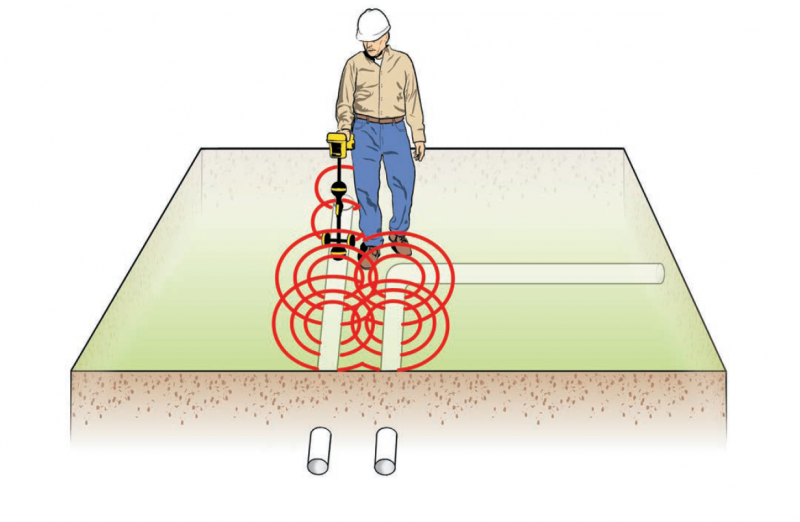 When it comes to working with underground infrastructure, safety is paramount. Consider this common locating scenario: there is a utility running in the street, parallel to the sidewalk and 2’ off the curb. Because an omnidirectional receiver analyzes the signal from any point in space within range, a locating professional can walk down a side-walk, point the receiver at the target utility, and trace the utility without having to walk in the street. Even though the professional might need to paint in the street, the receiver reduces the overall time spent exposed to traffic.

Without having to continuously reposition and reorient the receiver over the signal, locating with omnidirectional receivers can make locates faster, less complicated, and safer.

The future of utility locating will be built upon technology that gives locating professionals ever-improving visibility into the underground. By analyzing a signal in ways beyond what was previously possible, omnidirectional receivers conquer common locating obstacles, helping you get the job done confidently.

Locating challenges continue to rise in an increasingly complex underground environment, and the responsibilities of promoting safety and protecting the bottom line will surely remain top priorities. The industry has already taken steps to address these challenges, but more can and should be done. The development of new technologies is crucial, and omnidirectional receivers prove that there is significant potential for job-changing innovations in the not-so-distant future.